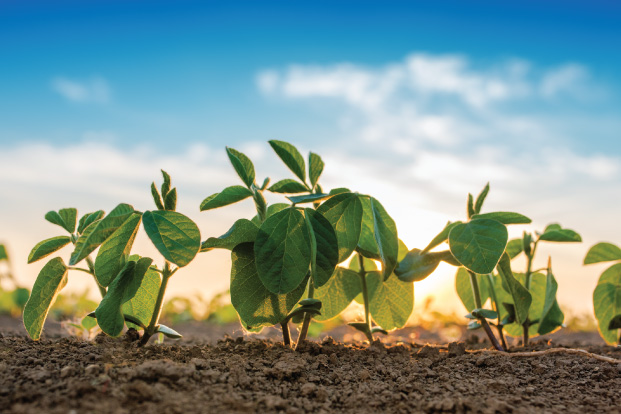 The Protein Research Foundation (PRF) recently facilitated a soybean planning session led by Professor Ferdi Meyer and Dr Erhard Briedenhan, which highlighted the soybean industry and its significant progress over the last five years, with local production doubling and the processing of local soybeans increasing.

This increase has led to an improvement of trade balance with less imports of oil cake into South Africa – a positive improvement for everyone in the value chain.

Currently, the soybean industry is facing a situation where there are substantial supply soybeans, yet oilcake is still imported.

The Sunflower and Soybean Forum on request, called an industry meeting on 6 December 2018, between key stakeholders which included Oilseed processors, AFMA, SACOTA, Grain SA, PRF, SACTA, DTI and DAFF, to discuss some industry bottlenecks but also to strategize about the industry’s future.

De Wet Boshoff, executive director of AFMA indicated that the soybean industry is the cornerstone of various other industries and as such it is important to ensure growth of the industry. “It is time to create an entire value chain plan in order to create additional value for our end-consumers. A Grain and Oilseed Value Chain Indaba to develop a five-year plan must be planned for early next year.”

Five categories were under discussion:

All present acknowledged that although the industry experienced substantial growth during the last few years, the industry is still relatively young and in a maturing phase. However, the industry is identified as one that can expand with ample future opportunities.

Given the last few years’ increase in production, this is still sufficient for the next two to three years.

During the past two seasons, the crushers experienced numerous challenges including mechanical failure, severely affecting crushing capacity. Prospects for the new season are optimistic with the possibility of crushing numbers increasing. The expansion in production is predominantly in the western side of the country and various role-players in the meeting believed there is an opportunity for expansion in crushing capacity in this area. DTI indicated that existing incentive schemes may be able to assist with further expansion.

The current load shedding and constraints toward access to water are creating substantial downtime within the processing industry.
In addition, this directly results in large amounts of wastages and losses, which directly affects crushing margins and are a concern within all agro-processing industries. Improved infrastructure in terms of logistics is needed, if total replacement of imported oilcake wants to be achieved, especially for coastal regions.

To transport oilcake from Argentina using sea freight amounts to approximately $30/tonne – while local transport from the soybean/soybean oilcake producing regions to the Western Cape is over $55/ton struggling to compete with sea freight.

In terms of replacement of imported oilcake, the animal feed manufactures confirmed their commitment towards the consumption of local manufactured products and that the inland market will become self-sufficient. However, the coastal areas will always be a challenge due to the logistical system and the competition with imports.

It was reconfirmed that South Africa has good quality beans and oil cake, however this must be combined with reliable and consistent supply in order to build confidence. A South African industry norm regarding oilcake quality will be developed and published in order to manage and coordinate the quality of oilcake in South Africa. The imports of Zambian oilcake into South Africa was also raised as a concern given the price levels of imports.

For the full article, visit bizcommunity.co.za