When to plant sunflower for optimal yield 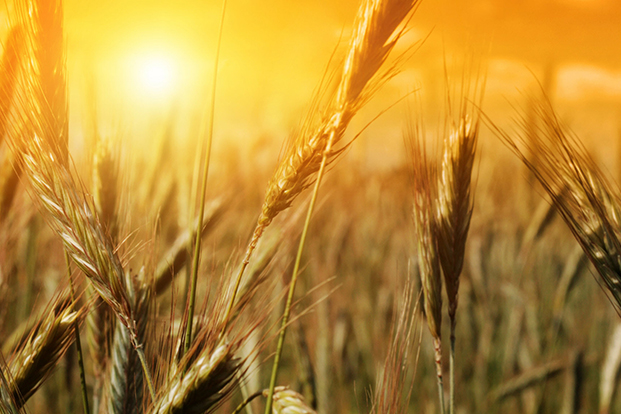 Wheat production in South Africa is one of the segments worst affected by the economic realities faced by the industry. Crucial plans have therefore been put into practice to elevate wheat’s status as a competitive crop, not only to solidify its position as a staple food but also to strengthen food security in the country. Alternative crops with higher yields and profits have already replaced wheat as a rotation crop, particularly in the Free State dryland areas. In the Western Cape, alternative crops for wheat are limited, although the replacement of wheat by permanent crops could potentially lead to a socio-economic disaster.

There are some plans, however, that could prevent this disaster. These include incentives for seed companies to deliver cultivars that deliver higher yields – but without significantly impairing the quality of wheat for the milling and baking industry – and a change in the grading system. In addition, a statutory levy was introduced to provide research and technology development funding for open pollinated crops and to encourage, as well as compensate, seed growers to make the latest breeding material available to South African farmers. The levy already applies to wheat and barley.

From the mid-1970s to the 1980s, South African farmers had, at times, produced so much wheat that nearly 20% of the crop could be exported. This wheat was of very good quality and made South Africa less dependent on the export market. Dirk Strydom, manager of grain and marketing, and the economists Corné Louw and Luan van der Walt, all from Grain SA, say industry leaders in the value chain were so impressed with the excellent protein content and quality of the wheat, that only cultivars complying with these standards were approved for cultivation – to the detriment of yield potential.

Meanwhile, alternative crops with increased yields and high-profit potential were introduced to the market, systematically replacing wheat on many farms. It is also possible for farmers to legally retain seed from their harvest for the next planting, making it unnecessary to buy seed every year. It creates a scenario in which plant breeders and seed companies are less likely to invest in the development of new cultivars since it costs millions of rand to develop and register a new cultivar. Since then, wheat production has decreased by almost half while consumption has doubled, thus necessitating imports of approximately half of the domestic demand for wheat. There are several high-quality wheat cultivars available on the world market, but they are very expensive and availability varies according to climate and economic conditions.

The situation is exacerbated by large international transfer stocks of wheat that are putting pressure on prices (in many countries, wheat production is supported by the government, which eases the burden on farmers and increases stock levels). The demand for meat products, however, is on the rise and grains that can be used as silage, enjoy priority over crops such as wheat. There is also an increasing demand for maize and vegetable oils to produce biofuels, pushing wheat even further into the background.

According to a recent BFAP forecast, only 100,000ha of wheat will be cultivated under irrigation by 2024, and in the winter rainfall area, plantings should stabilise at roughly 250,000ha versus the 326,000ha measured in 2017. In the Free State, prospects of sufficient rain to cultivate wheat in dryland conditions, are not sustainable and no expansion in wheat plantings is expected.

This is a clear indication that wheat imports will increase – it is estimated that by 2024, approximately 2.5 million tonnes of grain will come from abroad. Based on these findings, a change in the cultivar release criteria was recommended to allow seed growers the opportunity to breed cultivars with better yield potential, instead of focusing only on wheat quality. It has been determined that an increase of 25% in the existing yield will have a significant impact on the cultivation of wheat. This means that a predicted increase in wheat plantings of 60,000ha, together with an increase in yield, will produce an additional 2.5 million tonnes of wheat by 2024.

A decline in production

According to the Grain SA economists, the three most important reasons why wheat production is declining are a change in climate, economic reasons, and the availability of alternative crops
When it comes to climate, it seems as if the rainy season has shifted slightly, making the cultivation of traditional cultivars riskier in especially the Free State. In addition, the wheat price is linked to import parity (international wheat price) and new crops with an increased yield and profit potential higher than that of wheat, have been introduced.

Farmers use crop rotation systems to limit their risks. In the process, they usually look at which crops they can use most effectively to achieve this goal. Crops such as soya beans have become more popular than wheat, although farmers require more implements for such a system. Previously, summer crops were grown in summer and wheat in winter, which meant that only about half of the fields were cultivated at a time. Most of the alternative crops currently cultivated are planted in summer and all the fields must, therefore, be prepared at the same time.

Wheat is still cultivated under irrigation in the Free State and Northern Cape, but lower yields, diseases and the prices paid to the farmer are now also problematic. That is why wheat with a higher yield potential is essential.

In the Western Cape, however, there are few or no alternative crops. It is therefore vital for the industry to remain sustainable since grain farmers and especially rural communities, where agriculture provides the most employment opportunities, rely on it. The disappearance of wheat in the Western Cape will spell the end of most of the province’s grain farmers. If permanent crops were to replace wheat, there will be extreme pressure on farmers’ cash flow due to the long transition times, while job availability and the socio-economic status of the rural community will also be affected.

With regard to the economics involved in wheat cultivation, the focus is mostly on quality, whereas yield receives little attention. It is also true that quality and yield are negatively correlated. As selection for yield increases, it is becoming more difficult to increase yield potential. As a result, South Africa has the best quality wheat in respect of milling and baking properties, but with relatively low yields.

Should the South African wheat industry continue to deteriorate, it will pose a major threat to the country’s food security. Bread is a staple food and if wheat is to be mostly imported, the country will become dependent on its global availability as well as a market in which good quality wheat is very expensive. During the 2008/09 international financial crisis, many countries halted their wheat exports and the commodity became rare and expensive. Without its own wheat industry, South Africa will forfeit a large portion of its food security.

This prospect has caused Grain SA to work on plans to prevent this potential disaster. In 2012, the Wheat Forum decided that a suitable funding model was needed for seed breeding. They introduced a statutory levy on all wheat which must be paid at the first point of delivery – the levy is utilised as a royalty payment for new research and technology in order to produce new cultivars.

As wheat is an open-pollinated crop, the resultant seed is identical to the parent crop, enabling farmers to retain a portion of their seed. Seed retention constrains the sales of the more expensive cultivated seeds, which means that seed companies and breeders are unable to fully recover the money spent on developing new cultivars. This also means that South African farmers do not have access to new, improved agricultural-related intellectual property that is available globally in the seed industry. Interest groups in the wheat value chain, therefore, established the Breeding and Technology Levy Committee, which took over the responsibility of funding for breeding from the Winter Cereal Trust (WCT). Systems and regulations have been introduced to collect and manage the old WTC levy as well as the new levy.

The aim of these steps is to establish sustainable research funds for open pollinated crops. Research into the seeds of these crops can thus be stimulated and used to the advantage of the entire value chain. The levy is currently R25 per tonne. The levy will initially be used to develop seeds for wheat and barley. Other crops, including soya beans, will soon follow. Income collected via the levy will be used to compensate commercial seed companies – not currently receiving an income because of the retention of seed – proportionate to the benefits they provide to the industry. It will replace all other royalties and/or charges that farmers must pay for registered seed.

To implement the system, a non-profit company has been established that will act as a collection agent and administrator. The board of this company comprises of representatives of all stakeholders in the open-pollinated crops value chain. The levy will be collected monthly at the first delivery point of sale and will be paid to the non-profit company. After deducting an administration fee, the money will be transferred to the seed companies once a year in proportion to their market share.

Benefits to the industry

It is clearly stated to the leaders of all open-pollinated cultivars of agricultural crops that commercial seed companies, should be equitably compensated for the benefits they provide to the market. Market share of commercial cultivars is a fair reflection of the benefits they create for farmers and the industry.

The system is based on international models, particularly the system used with great success in Australia. It has several advantages, including:

• All farmers (those who retain seed and those who do not) pay the levy. In this way, money is raised for breeding and technology.

• Cultivars with an acceptable yield potential are sought-after, and seed companies not meeting this expectation will be replaced by others that can offer a solution to the industry.

• Market forces align the system and focus attention on the end goal.

• Import tariffs are paid directly to the government treasury. The new tax is only a fraction of the import tariff, but all stakeholders and consumers will eventually benefit from this system.

The system is essential to avert the deterioration of the wheat industry. If high-quality wheat is no longer available in South Africa, it will put unnecessary strain on the country’s food security policy. Wheat is one of the oldest agricultural crops in the country, and the milling and baking industry is set up in such a way that it can sustainably utilise the quality wheat the local industry supplies. A good extraction percentage from each grain of wheat is essential for the profitability of a mill. The flour a baker uses must exhibit good water absorption, dough extensibility and a short mixing time. Using wheat of a slightly lower quality to achieve the same results is possible with new technology, although consumers are very selective about the quality of the bread they buy.

In order to realise these objectives and to restore the wheat industry to its former glory, the grading requirements – especially in respect of protein content and intrinsic protein characteristics – should be adapted to provide for new cultivars with a higher yield potential and a slightly lower protein value, which still meets the requirements of the industry and consumers. The area differential affecting the wheat price must also be examined. It would be best if it is completely scrapped or at least moved from the delivery point at Randfontein to an alternative delivery point that is optimal. The new system will go a long way in improving the sustainability of the wheat industry in South Africa.