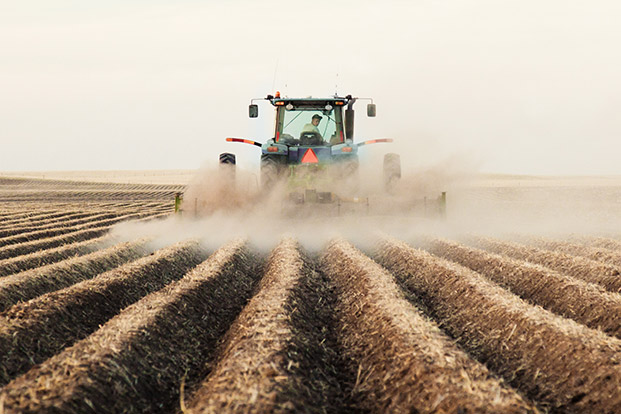 Researchers at the Centre of Excellence in Food Security (CoE) are looking into the drought resistance properties of maize, sorghum, soybean and cowpea crops. Drought impacts negatively on maize and sorghum, staple crops for many African countries. When combined with legumes, they supply nutrients in a form that ensure high-quality protein diets for humans and animals.

The research, led by CoE affiliate Professor Ndiko Ludidi, of the University of the Western Cape’s Department of Biotechnology, focuses on the vegetative stages of these grain crops, where plant survival is most vulnerable to a lack of rain and high salt levels in the soil. “The vegetative stage is crucial because not only can it lead to a reduced grain yield, it can also lead to complete crop failure,” says Ludidi.

“Decreases in the production of these crops pose serious threats to food security,” he adds. Ludidi is a co-principal investigator of the Innovation Programme at the CoE.

Together with his research team, Ludidi uses comparative genomics and proteomics to identify the genetic determinants of sensitivity or tolerance to drought in maize, sorghum, soybean and cowpea. So far, the team have successfully identified and analysed two maize genes that contribute to the regulation of drought responses. The two genes belong to the RD22 family of transcription factors. These genes encode proteins which regulate the levels of expression of other genes involved in water uptake by roots and prevention of water loss through the leaves.

The long-term goal of this research is to “use the knowledge we discover to develop drought-tolerant varieties of these crop species,” explains Ludidi.

Ludidi is among participants attending the Sorghum in the 21st Century Conference currently underway at the Century City Convention Centre in Cape Town. It is the first world conference on sorghum in over 30 years and is co-hosted by the University of Pretoria. The conference runs from 9 – 12 April 2018.