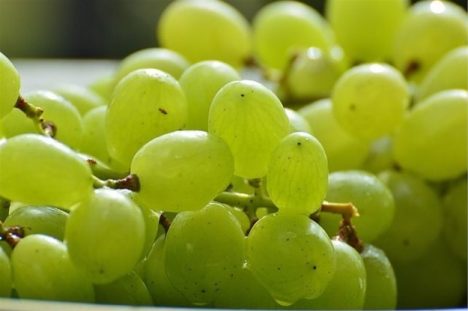 The two early production regions of the South African Table Grape Industry (SATI), the Northern Provinces and Orange River are nearly done packing. The 1st Crop Estimate for the 2018/2019 season remains unchanged with volumes estimated to be between 63,2 and 70,1 million cartons (4.5 kg equivalent). It looks like the middle to lower limit of the crop estimate will be reached.

Only a small number of producers are packing the very last cartons.
This region has nearly reached the middle point of the range of their crop estimate and even surpassed the previous season’s large harvest.

The majority of producers are done with packing. This region has already reached the lower limit of the crop estimate.

Producers are entering the final stretch of the season and finishing off with Crimson, Allison and Autumn Royal. This region will likely not reach the lower limit of the crop estimate. As stated previously this smallest region, which was affected the most by the drought, has not recovered sufficiently as was initially expected. This will not have a significant impact on the final intake volumes of the industry.

The region has entered its mid-season under generally good harvest conditions. The late cultivars such as Scarlotta and Sugra 34, that still need to be packed  are slightly later than previous years.

Harvesting is in full swing. Producers are managing the vineyards well to counter any issues after a bit of rain. Crimson is currently being packed. Sunred Seedless will be packed next.

For the full article, visit freshplaza.com