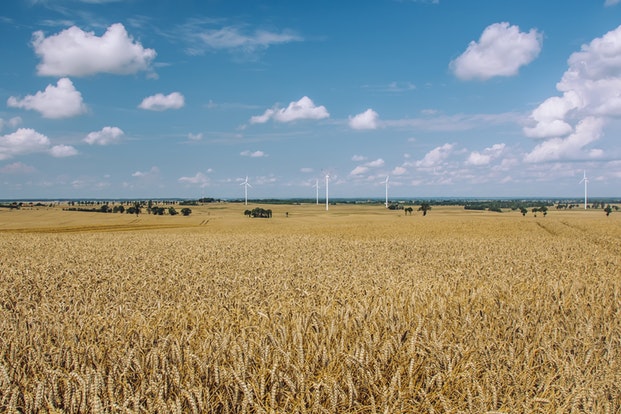 On 31 Oct 2011, the world’s population shot past the seven billion mark on its way to reaching nine billion or more by the year 2050. In the next few decades, demand for animal protein will climb 60% as population increases and the global middle class expands by three billion people. We’re already overusing the Earth’s resources, consuming about 1.5 times the natural resources we should use in a year. Delivering safe, sufficient, affordable protein to feed the growing population has never been at greater risk. Right now, based on our current production trends, nearly half the globe – 4.5 billion people – won’t meet their nutritional needs by 2040.

This is according to a food security report released by the Enough Movement which is committed to building a food-secure world by 2050. The Enough Movement is spearheaded by Elanco, a global innovation-driven company that develops and markets products to improve animal health and food animal production in more than 75 countries.

Food security is often misunderstood. While it’s often associated with extreme hunger, it’s much more than this. Lack of food security happens in urban cities and farming communities, developed countries and undeveloped nations – people face the daily issue of access to enough food and enough of the right foods. While the spectrum of food security may start with hunger, it includes the development of bodies, brains and countries, and ultimately becomes about the daily food decisions – trade-off decisions about whether to buy a carton of milk or a bottle of soda because soda is more affordable than milk.

Those who hold the keys to the solution, those in developed nations who don’t have the daily challenge of food and the right food, are often disconnected from the size and spectrum of the issue. A food-secure world is one in which everyone can afford and access an adequate quantity and quality of food.

Amidst the food security debate, there is also the very real and worrying issue around the sustainability of our resources. According to the World Wildlife Fund, the Earth takes 1.5 years to regenerate the renewable resources we use in a single year. On 20 Aug 2013, we crossed the line where annual resource consumption exceeded the planet’s ability to replenish. In eight months we exhausted the natural resources that should last all year – and every year that date is moving up by a few days.

On this course, by 2030 we’ll require double the planet’s resources to meet our needs. The absolute and undeniable reality is that we have to produce more, and do it with less. This can only be done through innovation in food production.

Throughout history, the world’s biggest problems have been solved through innovation. It’s celebrated in virtually every sector of the economy. So why is innovation questioned when it’s linked to food? In the past 60 years, a wide range of innovations in agriculture has
allowed farmers to produce more while better caring for the animals and decreasing environmental impact.

Aalt Dijkhuizen, from the Wageningen University and Research Centre in the Netherlands best encapsulated the need for innovation in food production when he stated: “Sustainable global food security is attainable if we have open minds on technology and focus on high productivity and efficiency. We cannot feed tomorrow’s world with yesterday’s technology.”

Current per capita milk production around the world isn’t meeting basic nutritional needs. The Enough Movement assembled a team of researchers to study this issue. Informa Economics and Global AgriTrends validated the model. The findings of the 2013 Global Food Forward Analysis estimate that based on our current productivity path, we won’t even have access to a glass of milk a day on average by 2020. By applying today’s technology to add just half a glass more per cow, dairy producers could annually save:

The 2013 Food Forward Analysis also examined the global egg industry, finding a startling example of what happens when innovation is prohibited. More than a decade of disease, social pressures and increasing regulations on safe, proven practices have dropped global hen productivity nearly an egg/hen/year after decades of increases. On the current path, we’ll need 12.6 billion birds – nearly double today’s 6.4 billion – plus the massive resources to support them to meet demand in 2050.

We are conflicted as a society in our support of innovation and technology that allows farmers to grow more food using fewer resources. All consumers have a right to expect safe food produced responsibly and industry has a responsibility when it comes to defining responsible and sustainable production. We have to invest the time, energy and resources to better understand the impact of technology on food security in the context of people, animals and the planet. here may be far too many unintended consequences of rash decisions on a trajectory that is not so much a given, as it is a warning to change and innovate in how we produce and manage our agricultural resources.