The benefits of producing pulses outweigh the costs

How innovation is helping Africa’s agri-industry feed the world 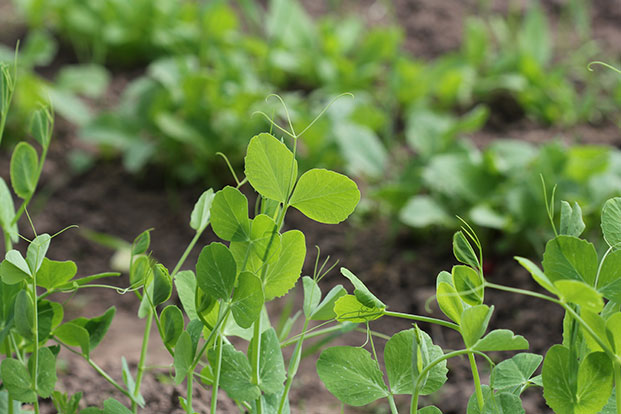 Many SA farmers are unaware of the profitability and other benefits of pulses such as cowpea, groundnut and soya bean. As a result, these plants are neglected as crop alternatives, says Phonnie du Toit, chief research technician at the Agricultural Research Council in Potchefstroom.

Pulses improve soil fertility through their special ability to fix atmospheric nitrogen (N) in the soil. Nitrogen forms a major component of chlorophyll, which is crucial for photosynthesis.

In this process, sunlight is used to convert water and carbon dioxide into food sugars such as glucose, which are vital to the growth and development of the plant. Nitrogen also forms a major component of amino acids, the building blocks of proteins.

Used in crop rotation, pulses help reduce losses caused by pests and diseases. For example, if groundnut is rotated with maize infested with Diplodia, inoculum levels will decrease over time because the pathogen infects only the maize.

Inoculums are the infective structures of a disease remaining in the plant residue and soil where the previous host plant was grown. Rotating with groundnut ensures that the pathogen does not have a host, which diminishes inoculum levels.

Witchweed (Striga), a parasitic weed, remains a problem in some developing grain production areas of South Africa. Host crops such as maize and sorghum release an exudate stimulating the witchweed parasite to penetrate their roots.

Pulses such as groundnut and cowpea are non-hosts of Striga, yet trigger ‘suicidal’ germination of this weed, and in this way significantly reduces infestation.

Soya bean, dry bean (sugar bean), groundnut and cowpea all require deep, well-drained soils, but vary in their climatic requirements. For example, dry bean does not do well in Limpopo during summer (mid-November to mid-March).

Groundnut does not thrive in the Ermelo area in Mpumalanga, as the temperatures are too low, the daylight period too short and the humidity too high. However, dry bean is grown successfully in Limpopo during winter under irrigation in frost-free areas, as illustrated in Table 1. A wide range of pulse varieties is available in South Africa. The ARC-Grain Crops Institute runs a comprehensive programme to evaluate cultivars for their adaptability and characteristics in the respective production areas.

During this evaluation, cultivars that obtain the best yield and quality for a specific locality within a specific geographical area are identified.

The seed of certain pulses has become an expensive input. For example, soya bean and dry bean seed can cost up to R2 250/ ha and R3 307/ha respectively (see Table 2). The ideal density for upright cowpea is 122 000/ha, while the ideal for runner cowpea is 88 000/ ha. Upright growers are planted at a seed spacing of 90mm and runners at a spacing of 125mm. The average seed cost for uprights is R450/ha compared with R300/ha for runners.

The planting procedure and seed quantities should be planned with care. Planting depth should be between 20mm and 50mm, depending on soil moisture and clay content, for even germination.

Ideally, a fully adjustable planter should be used to plant the crop at the required plant density and depth. Unfortunately, many subsistance, small-scale and new farmers will have trouble achieving this due to inadequate mechanisation.

As mentioned, legumes fix atmospheric N to make it available to follow-up crops, reducing the need for chemical fertiliser. These characteristics make pulses the ideal crop to be included in crop rotation systems.

In addition, seed can be inoculated at low cost before planting. Soya bean and groundnut should be inoculated with Bradyrhizobium japonicum, a specific bacterial strain developed for soya bean.

Without the inoculation, expensive inorganic N fertiliser is needed. Dry bean seed is usually not inoculated because of its relatively short growing season (115 days to maturity compared with 136 days in the case of soya bean).

On the other hand, some dry bean farmers use Rhizobium legominosarum, developed specifically for dry bean, as an alternative to the traditional recommended 2017N fertilisation programme.

The economic value of inoculation and N fixation in the production of dry beans require more research.

All South African soils are inherently low in phosphorus (P). Pulses can, nonetheless, grow
well provided the P level is at least 25mg/kg. At a P level of 15mg/kg or lower, a P build-up programme is needed.

Soya bean can utilise potassium (K) reserves in the soil well. In general, however, pulses are likely to show deficiencies of K in soils with less than 60mg/kg K. Pulses planted in soils with low K levels will react well to K fertilisation.

Given the decrease in the producer price of maize during October 2017, pulses are a viable alternative crop.

Diversification with pulses in an existing cropping system could decrease risks in terms of inputs, yield and income. For example, a dry bean crop can yield up to 1,25t/ ha.