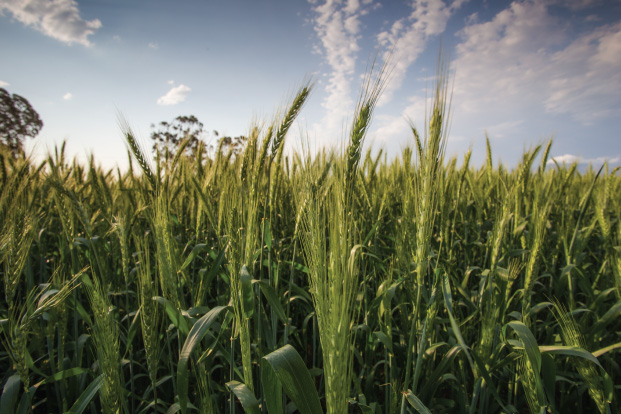 South Africa is divided into a number of farming regions according to climate, natural vegetation, soil type and farming practices. Agricultural activities range from intensive crop production and mixed farming in winter rainfall and high summer rainfall areas to cattle ranching in the bushveld and sheep farming in more arid regions.

The grain industry is one of the largest in South Africa, producing between 25% and 33% of the country’s total gross agricultural production. The largest area of farmland is planted with maize, followed by wheat and, to a lesser extent, sugarcane and sunflowers. Maize is the largest locally produced field crop, and the most important source of carbohydrates in the southern African region. South Africa is the main maize producer in the Southern African Development Community (SADC). More than 9 000 commercial maize producers are responsible for the major part of the South African crop, while the rest is produced by thousands of small-scale producers. Maize is produced mainly in North West province, the Free State, the Mpumalanga Highveld and the KwaZulu-Natal Midlands. Local consumption of maize amounts to about 8mt, and the surplus is exported. Wheat is produced in the winter rainfall areas of the Western Cape and the eastern parts of the Free State. Barley is produced mainly on the southern coastal plains of the Western Cape. The Oudtshoorn district is responsible for about 90% of the lucerne seed produced in South Africa. Sorghum is cultivated in the drier parts of summer rainfall areas such as Mpumalanga, the Free State, Limpopo, North West and Gauteng. South Africa is the world’s 10th largest producer of sunflower seed, which is produced in the Free State, North West, the Mpumalanga Highveld and Limpopo province. Groundnuts are grown mainly in the Free State, North West and the Northern Cape.

South Africa is the world’s 13th largest sugar producer. Sugarcane is grown in 15 areas extending from northern Pondoland in the Eastern Cape through the coastal belt and Midlands of KwaZulu-Natal to the Mpumalanga Lowveld. An estimated 2.5mt of sugar is produced each season. Some 50% is marketed in Southern Africa, with the rest exported to Africa, the Middle East, North America and Asia. Fruit

Click here for the full the full article: farmingportal.co.za