Recent rain will have ‘minimal effect’ on maize harvest 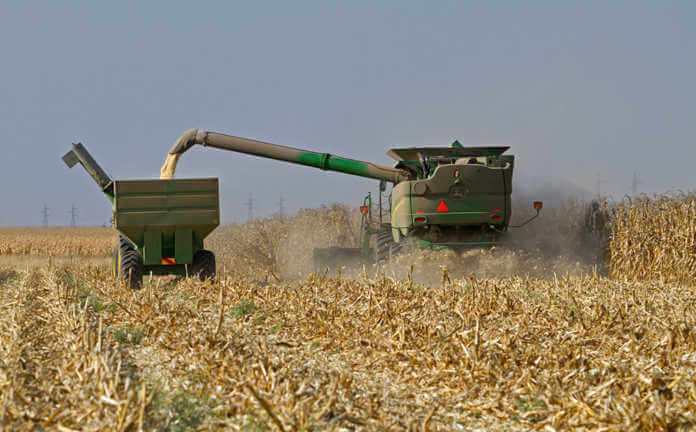 Farmers do not appear to be overly concerned about the impact of recent winter rain where the maize harvest is still underway in the summer cropping area.

Anton Botha, a member of the rain SA executive who farms in Bultfontein in the Free State, told Farmer’s Weekly that the harvest in most of his area, which extended to Hoopstad, was not yet fully underway. Harvest activity was later than usual this year due to late plantings.

He said by the end of the second week of July, maize moisture levels in his region had mostly been between 17% and 18%. He believed the minimal rainfall would have had a negligible impact.

“It might delay harvesting by another day or so,” he said.

He said about 15% of farmers in the area had harvested earlier. These were either producers who had managed to plant earlier or those who had agreements with agribusinesses to deliver wetter maize for drying.

He expected the rest of the harvest in the area to move into full swing from 23 July.

Botha said the unexpected winter rainfall had in fact been welcome as it would be a boon to producers who had planted wheat. Although he could not confirm the details, he had heard that irrigation producers in the Hoopstad area had planted as much as 10 000ha to the crop, far more than expected.

This had also been facilitated by good irrigation prospects, with no restrictions on quotas from the Sand-Vet Irrigation Scheme for the first time in several years, he added.

Grain SA Chairperson Jaco Minnaar, who also farms in the Free State, confirmed that farmers were not unduly worried about recent rain. He said that it would delay harvest activity by a few days at most, with a minimal effect on quality.

He added that the harvest was already between six and eight weeks late in the western production areas as the crop had not yet dried off sufficiently.

“Late plantings, cooler conditions at the end of the season and winter rainfall all contributed to this,” he said.

A ten-day cumulative rainfall report by the SA Weather Service for the period ending on 11 July revealed that rainfall had varied across the country.

Although certain areas had received nothing, all provinces had experienced some rain. In Limpopo, for example, as much as 20mm to 35mm of rain had been recorded at stations around Venda.

Vryburg in North West had had 15mm and Belfast in Mpumalanga, 22mm. The most rain was recorded in the winter rainfall areas of the Western Cape, with Ceres topping the log at 143mm over the ten-day period.