Maize output on the rise in South Africa 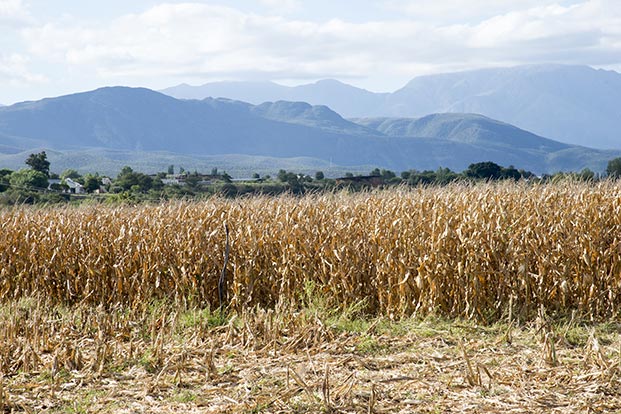 JOHANNESBURG (Reuters) – South Africa’s maize output is expected to rise slightly in 2018 than previously estimated on the back of late harvests from the central and western parts of the maize belt, a Reuters poll of four traders and market analysts showed on Friday.

Wandile Sihlobo, an agricultural economist, said dry conditions delayed the planting and harvesting in some parts of the maize growing belt compared with the previous season.

“The central and western parts of South Africa were a bit delayed due to dryness earlier in the season at the planting. So that somehow affected the entire chain of harvesting,” he said.

“South Africa will still be well supplied throughout this marketing year. We could see exports exceeding 2.5 million tonnes because of stocks that carried over from the previous season.”

Domestic consumption in Africa’s biggest maize producer stands at around 10 to 10.5 million tonnes. The country’s maize harvest hit a record 16.82 million tonnes in 2017.

“Cold conditions the past month have been favorable for drying row crops and may just be an indication that bigger kernels need more time to dry,” said Langridge.

Those polled expect the harvest to consist of 6.93 million tonnes of the staple food white maize, a slight increase from 6.87 million in CEC’s June estimates.

The forecast for yellow maize, which is used in the production of animal feed, came in at and 6.37 million tonnes compared with CEC’s June estimate of 6.33 million tonnes.

The price stood at an all-time high of 5,020 rand scaled in January, 2016 when drought concerns mounted and fuelled food price pressures in Africa’s most industrialized economy.

For more on maize, read up on GritCo.