Let’s get tech savvy with our security! 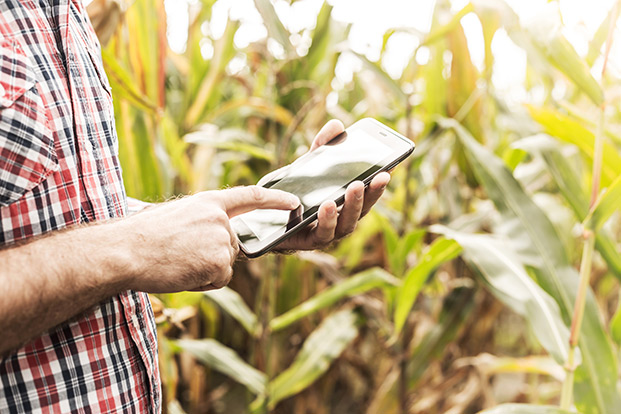 The smartphone has not only revolutionised communication; it is rewriting the rules on safety and security.

Today, at the push of a button, a user can transmit a distress signal to a group of pre-identified individuals or services, including family members, friends, the police, the fire brigade and emergency medical units. The benefits for farmers and their families are obvious.

Dr Johan Burger, senior research consultant at the Institute for Security Studies’ justice and violence prevention programme, says that smartphone applications (apps) have the potential to save lives as people can send distress messages far faster than it would take to dial someone or send a voice or text message.

“Having the option to merely push a button when you’re in distress is a great help, as you might have little time to activate an alarm during a break-in and you could be distraught. You don’t want to fiddle with your phone in a situation like that.”

Choosing the right app
With many safety apps that can be downloaded from the Internet, some for free, which should you choose?

Kobus Breytenbach, chairperson of AgriSA’s Centre of Excellence: Rural Safety, advises farmers to approach the decision seriously, as they would when buying a tractor.

“With a tractor, farmers consider various issues, such as engine size, the work for which the machine will be used, and after-sales service. A safety app is a device that might help save your life, so it deserves careful consideration,” he says.

Firstly, identify the products that suit your requirements. It’s important to ascertain whether the app will enable you to send a distress signal while the phone is asleep; some apps allow you to send a message only once the app has been activated.

Ideally, an app should allow you to send a message with the least effort: the flick of a wrist or pushing one emergency button.

Secondly, ensure that the app will work efficiently in your circumstances. Do you have good connectivity on your farm? Will you be able to readily access the people or services you want to notify? Are they in favour of using the technology?

“If you’re going to use an app to alert other farmers in the area, you need to ensure that everybody uses the same app,” explains Breytenbach. “It may be an expensive exercise if a couple of farmers end up subsidising all the other members in the group.”

Some apps are not available across all platforms; for example, Android smartphone users might not have access to the same apps as iPhone users.

“The ideal is a well-established app with good programmes and support functions. You don’t want an application that will disappear in a year or two.”

While it might be tempting to make use of free technology, it’s a good idea to do your homework. On their website, the creators of the safety app shake2alert advise users to compare the features and hidden costs of free apps with those of paid-for ones.

Users should also remember that it takes money to maintain infrastructure to ensure that the technology remains relevant.

WhatsApp
Farmers wanting to inform each other about what is happening in their area can choose from a variety of communication apps.

Henry Geldenhuys, vice-president of agricultural union TAU SA, and chairperson of its safety and security committee, says that most groups use WhatsApp. Other apps gaining ground are Telegram and Signal.

“Most of the communication apps work pretty much the same, but they allow different numbers of participants in a group. WhatsApp limits it to 256 users, whereas Telegram allows you to create super-groups with up to 10 000 participants, and Signal has no limitation on group numbers,” he says.

Breytenbach advises farmers to form their groups before deciding on which technology to use.

“You need to look at the geography of your region and try to cluster a group with members that have easy and quick access to one another’s properties.”

Group size is important when creating a farm or neighbourhood watch team. “There should definitely be more than four or five members, as the group would need to dominate the area,” says Breytenbach.

On the other hand, the group should not have more than 20 members, otherwise it can become difficult to manage.

“The golden number lies between 12 and 15 participants.”

According to Breytenbach, most of the farm watch groups in his region, near Zastron in south-eastern Free State, use two-way radios in combination with WhatsApp.

Geldenhuys says that his 40-strong farm watch group near Sheepmoor in Mpumalanga uses the same combination.

“It’s a good thing to use more than one channel of communication, in case the other fails,” he stresses.

Larger specialist groups
The first farm safety communication group was created by TAU SA in Mpumalanga in 2014. Since then, groups have been established in all provinces.

One, ‘Oor Grense Veiligheid’, enables the leaders of the provincial groups to communicate with one other, while another, ‘Oor Grense Trokke’, is open to trucking agencies. There is even a group that allows members to report on riots.

Although TAU SA launched the concept, safety groups are no longer affiliated with this farming organisation.

“Anybody may access the provincial groups, from farmers belonging to different producer organisations, to police officers and other interested role players. For security purposes, participants have to be verified before they’re allowed to take part,” explains Geldenhuys.

The information communicated in the larger groups is different from that exchanged in smaller farm watch groups.

“We prefer smaller groups to take care of what happens in their designated regions and only inform us of threats that might be of importance to the larger group. An example might be a spree of break-ins or stock thefts that they think might spread to other regions in the province,” he says.

The ‘Oor Grense Veiligheid’ WhatsApp group is used primarily to inform members of trends or perpetrators who might be moving across provinces.

Communication apps are also used to help trace the owners of stolen animals.“We inform participants of where animals have been found and post the identification marks of the animals, so that farmers can claim their animals,” he says.

Group rules
The same basic rules apply to all groups, regardless of size. Firstly, all information must be security-related, and no casual chat is tolerated.

“The platforms are not a place where you send each other birthday wishes or jokes. People who digress get one warning. Thereafter, they’re taken off the group and need a very good excuse to be accepted again,” says Geldenhuys.

Secondly, information is verified to prevent the spread of fake news.

“The date, as well as the name and surname of people who send posts, is required to ensure authenticity of information. We remove postings that don’t include these details.”

Finally, Breytenbach warns that farmers should not use these devices to take the law into their own hands. Rather, they should see them as a more efficient way of involving law enforcement.

“The police should be notified as soon as a distress signal has been sent,” he says.

Read more on the challenges and opportunities this technological revolution has on agriculture here.