Africa’s agricultural transformation to be feeded by data

The digital sharing economy: A cheaper way to mechanise

Cut to interest rates a welcome relief for SA agriculture 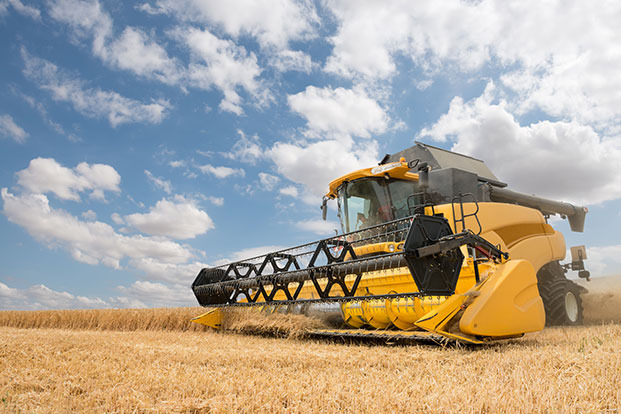 Everywhere we look, technology is being touted as the enabler of a new era of African agricultural prosperity. The exciting world of possibilities offered by blockchain, IoT, machine learning and the like have made companies, governments and policy-makers sit up and take notice of how such technologies can be applied to foster greater innovation, efficiency and economic and social progress.

But how should we as a continent approach the adoption of these technologies across the agricultural value chain – a process we commonly refer to as digital transformation – especially in an industry that the World Bank estimates employs two-thirds of the continent’s workforce and produce a third of its total GDP? I would argue that quality data is the single most important building block toward establishing a smart agricultural sector for Africa.

The African agricultural sector is dominated by smallholder farmers. According to the International Fund for Agricultural Development, there are an estimated 500 million smallholder farmers in Africa and South-East Asia, providing as much as 80% of the food consumed in these regions and supporting up to two billion people financially.

In many instances, the lack of information has a direct impact on African smallholder farmers’ outputs and, by effect, livelihoods. Only 5% of cultivated land in Africa, for example, makes use of irrigation, compared to 38% in Asia, leading to lower yields and limiting their income-earning ability. And while agricultural performance has improved over the past decade, it is not yet sufficient to meet the demands of a population that is expected to grow by 1.3 billion people in Africa alone by 2050. A technological intervention is needed.

According to a 2017 report by the Alliance for a Green Revolution in Africa (AGRA), the continent’s food system requires an agricultural transformation that is focused on more than just agricultural production and encompasses the entire food system. The report further points to promoting the growth of smallholder farms and SMEs involved in Africa’s food systems and providing assistance to smallholder farmers that commercialises viable farm business prospects and capabilities.

One view to a smart agricultural sector involves establishing a sustainable and inclusive agricultural model that promotes equitable value distribution across the value chain; creates jobs; allows the increase of productivity and improvement of logistics and storage capacities while remaining cost-effective and respectful of the environment; and implementing and monitoring effective and efficient public policies.

We believe that the bedrock of such a model is the capturing in real time of all relevant data produced by each of the different stakeholders within the agricultural value chain so that their decisions are as rational and efficient as possible. Here, technology has a clear role to play.

In 2009, SAP embarked on the development of a solution that would enable better management of smallholder farms by tracking and collecting data related to farms, cultivated plots (via GPS coordinates), crops, farmers, and farm gate selling processes. A prototype of this solution was developed in cooperation with the GIZ, a partner of the German Federal Ministry for Economic Cooperation and Development (BMZ), and piloted in nine African countries reaching more than 100,000 small-scale producers.

The solution is operated in the SAP Cloud Platform and delivered as Software-as-a-Service to farmers who access it via their mobile phones, negating the need for costly technology infrastructure investment. Rural Sourcing Management is used by the world’s largest chocolate producer, Barry Callebaut, and the Kalangala Oil Palm Growers Trust in Uganda, where 80% of the population is involved in agriculture.

The solution is helping the KOPGT grow and expand, improve efficiency, and keep all major players in the value chain connected digitally. This is shining a path toward prosperity in Uganda and supporting the government in its aspirations of moving its citizens to a middle-income status by 2040. We believe that by providing African smallholder farmers with technology tools designed to improve their day-to-day farming operations, we are creating an ecosystem of benefits across the agricultural value chain that will take the continent one step closer toward realising a brighter and more food-secure future for generations to come.