Wheat imports in South Africa to take a slight decline 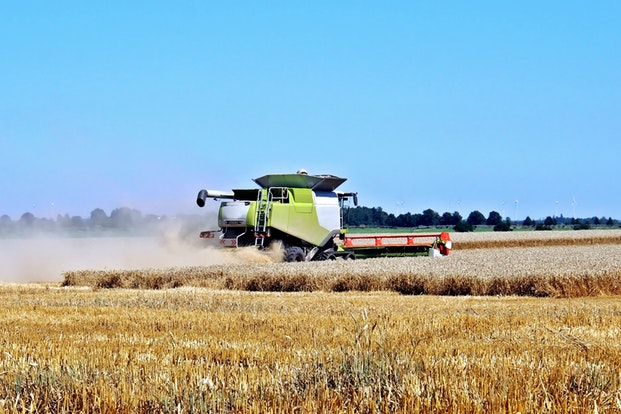 The West and Central African Council for Agricultural Research and Development (CORAF/WECARD), with the support of the World Bank, recently rolled out an initiative aimed at placing innovative climate-smart technologies in the hands of farmers so that they are better protected from the impacts of climate change.

The African continent and African agriculture are expected to be hit hard by the changing climate, according to a recent report by the World Bank. African smallholder farmers who depend on agriculture as their source of livelihood suffer the impacts of a changing climate, such as drought and extremely high temperatures, increased water shortages and food insecurity. Ensuring that they have access to new technologies would help them to improve agricultural productivity and increase their resilience to the impact of climate change.

The increasing occurrence and severity of extreme weather events linked to climate change necessitate all stakeholders involved in agriculture, including national governments, public and private research institutions, universities and non-governmental organisations, to ramp up their efforts of making sure that newer agricultural innovations and technologies are available to farmers.

Luckily, new agricultural tools, innovations and technologies such as those that are going to be rolled out by CORAF/WECARD are launched almost every day in Africa. From stress tolerant crop varieties to better crop seeds, to soil health building innovations, to innovative solar-powered irrigation technologies to apps and drones. If adopted, these game-changing innovations can help improve Africa’s agricultural productivity and help farmers to thrive and become food secure even in the changing climate.

The truth is, most of the new agricultural technologies and innovations are not easy to grasp. There is a need to provide avenues for farmers to learn this technology. Demonstration farms can effectively serve as an avenue to help showcase, spread, and accelerate the adoption of these game-changing innovations.

At the same time, some NGOs like Development in Gardening and research institutions like the Alliance for Green Revolution in Africa have used demonstration farms as tools to spread agricultural innovations. Other African countries should follow suit. What’s more is that demonstration farms could help African farmers learn about newer concepts such as precision agriculture: a system that makes sure that crops and soils get exactly the input they need for maximum growth and productivity.

Agricultural extension encompasses a wide range of supportive programmes that exist around farmers to help them to utilise research findings and other newer agricultural innovations and technologies. It includes training, advisory services and technology transfer schemes.

Digital extension, in particular, may enhance the success of extension services in Africa since about two-thirds of Africans have mobile phones. Indeed, several stakeholders including NGO’s have taken advantage of the digital boom to help scale up and spread new innovations. In Kenya for example, through cell phones, Ojay Greene shares about new varieties and inputs farmers need to use to succeed in their farming ventures. In 2014, the Government of Kenya launched an e-extension programme – a programme that would allow the government to share with over seven million farmers up-to-date information and other agricultural tools needed to improve agricultural productivity. Other countries that are utilising digital extension include Ethiopia, Ghana, and Tanzania.

The changing climate necessitates that farmers stay ahead and have access to the tools and innovations being rolled out every day. By making it easy for farmers to mentally grasp and use these technologies, African smallholder farmers can strengthen their resilience to climate change. It’s time for governments, universities, research institutions and private partners and NGO’s to join together and help make game-changing research and technologies available to farmers.